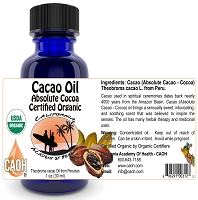 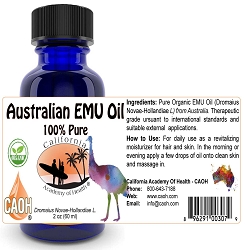 Noni Information For Your Education:

Noni is widely used in Southeast Asia as an herbal remedy, this herb is said to have a myriad of health benefits, including reducing blood pressure and fighting cancer.

It's been called the "prize herb of the South Pacific, the sacred plant and the mother of all healing plants" For more than 2.000 years,noni has been used as a traditional herbal remedy by Polynesian healers- Today, you can find it on the shelves of your local health food store.

(Morinda Citrifolia), also known as noni, is a tropical wandering plant considered native to Southeast Asia, although it grows from India to the eastern region of Polynesia. It has a long history of medicinal use throughout these areas and is intrinsically linked to the rich healing heritage of Polynesian culture, according to Rita Elkins. M.H., in her book Noni (Morinda Citrifolia),. Elkins says that Hawaiian and Samoan medical practitioners used noni for a variety of medical applications, ranging from reducing fevers and curing respiratory infections to treating diabetes, stings and burns. Its curative properties supposedly were well known and frequently used in tropical region. Patoa Tama Benioni, a member of the Maori tribe 'torn the Cook Islands and lecturer on island plants - remarks, Traditionally. Polynesians use noni for basically everything in the treatment of illness & Noni is a part of our lives."

According to material supplied by Noni International,. a company based in St. George, UT, noni contains naturally occurring vitamins, minerals, trace elements, enzymes, beneficial alkaloids , co-factors and plant sterols. Noni leaves and roots contain the hill spectrum of amino acids, which make it a good source of complete protein, according to the information. In addition, Elkins states that the plant has an array of terpene compounds and is considered to be a good source of vitamin C.

Noni has an extensive list of purported medicinal benefits, many of which are being vindicated by scientific research. Neil Solomon, M.D.. Ph.D. (Click here to read another article by Dr. Solomn), states in his book, Noni: Nature's Amazing Healer, that some of Noni's popular uses include fighting cancer, high blood pressure, bacterial infections, pain and inflammatory ailments. According to the book, repeated studies on cancerous mice have testified to Noni's effectiveness in inhibiting tumor growth and prolonging survival. As Solomon notes, mice fed noni fruit lived from 105% to 123% longer than mice that were not fed noni.

So what is the secret of this seemingly multifaceted and powerful herb? While there is no definite answer, a wide variety of potential reasons have been suggested. As Noni International says in its brochure, no one knows exactly why noni benefits so many health concerns; some say it is a synergistic effect of all its natural ingredients, white others attribute the benefits to its alkaloid, xeronine and proxeronase content.

Dr Ralph Heinicke, a biochemist who has researched the active compounds of noni fruit for a number of years and is quoted in different sources, asserts that the fruit contains proxeronine, an alkaloid precursor to a vital compound called xeronine. He believes that noni helps in the normalization of abnormally functioning cells by delivering the essential biochemical compound proxeronine, which cells then assemble into tile alkaloid xeronine. In Heinicke's view, the noni fruit provides a safe and effective way to increase xeronine levels, which can be decreased by anger, stress, trauma, disease and injury.

Solomon adds to this by explaining bow noni can relieve pain through its ability to increase xeronine levels in the body "It is reported that xeronine has the ability to help normalize abnormal protein and subsequent cellular function, including brain function, where pain originates," he says.

Heinicke also proposes that if the body could be supplied constantly with proxeronine from other sources, tile need to sleep would diminish, since proxeronine is produced by the body during sleep.

In the United States, the noni fruit is prepared as a food supplement, either as a liquid, dehydrated capsule or in a nutrient-rich, encapsulated form, says Solomon. He adds that noni supplements are palatable and must be taken just before breakfast and dinner. However, as with most medicine, be it herbal or conventional, certain precautions must be taken before using noni. Pregnant women and nursing mothers should consult with their physicians before taking any noni' supplement, Elkins warns. Furthermore, she adds that taking noni supplements with coffee, alcohol or nicotine is not recommended, and that high doses of root extracts may cause constipation. Nevertheless, according to a survey quoted in Solomon's book, noni can be taken with all medications since there were no reported negative interactions from any of the doctors.

Overall, current literature on the herb suggests that scientific research is stamping its approval on Solomon's philosophy that, "Noni can make a difference in your life. 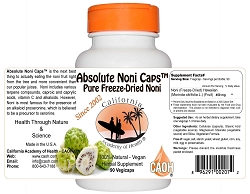